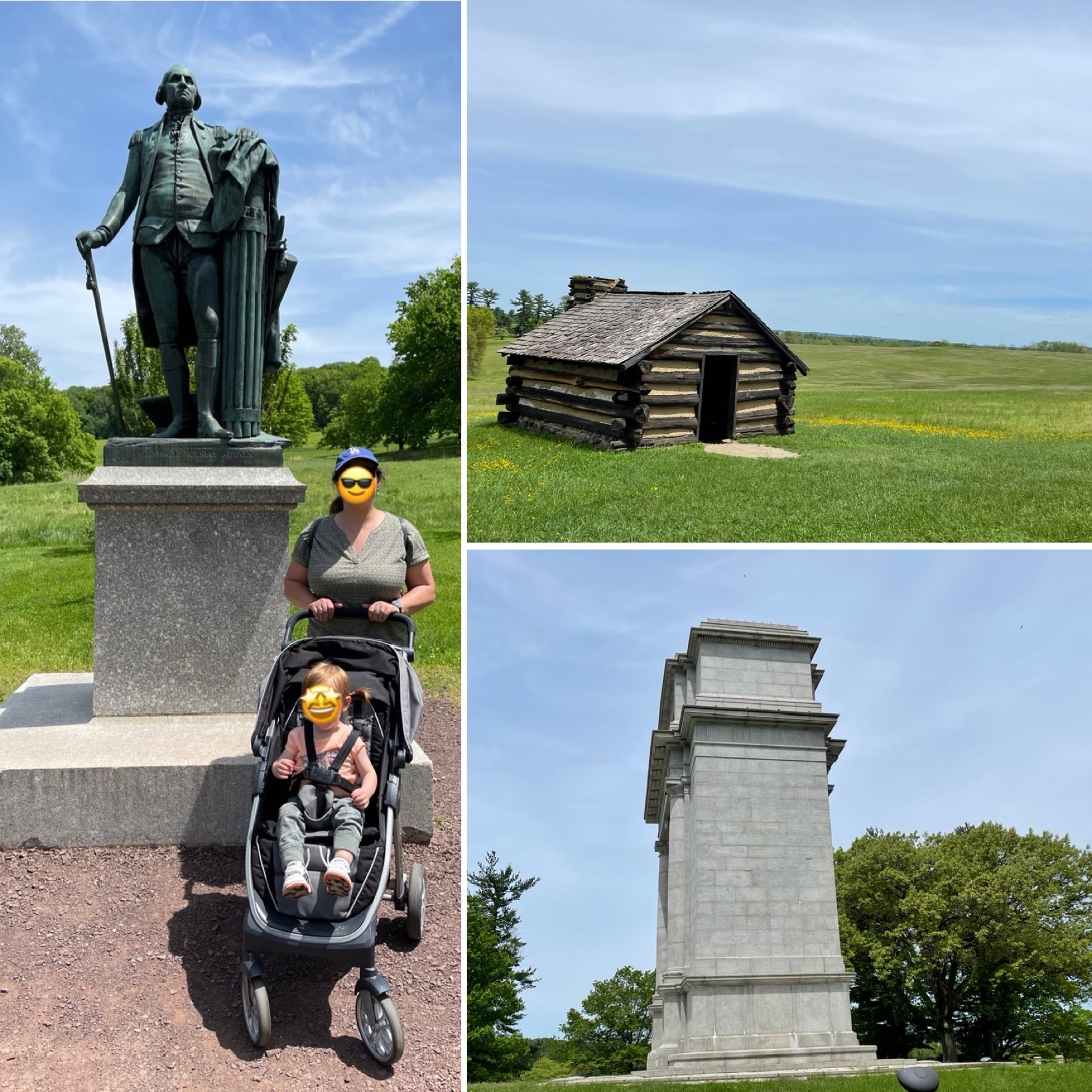 Next stop on our trip was Valley Forge. Beautiful place with lots of history. We spent 2 nights in an Airbnb that was perfect for our needs. It was great being able to reset a bit by doing laundry and enjoying "home cooked" meals. Our camping trip in the Shenandoah National Park was our best camping experience yet with the little one.

I enjoyed learning and refreshing my memory about the revolutionary war. My favorite part of learning the history of this place was seeing the head quarters George Washington lived in for the few years he lead the malitia at Valley Forge. 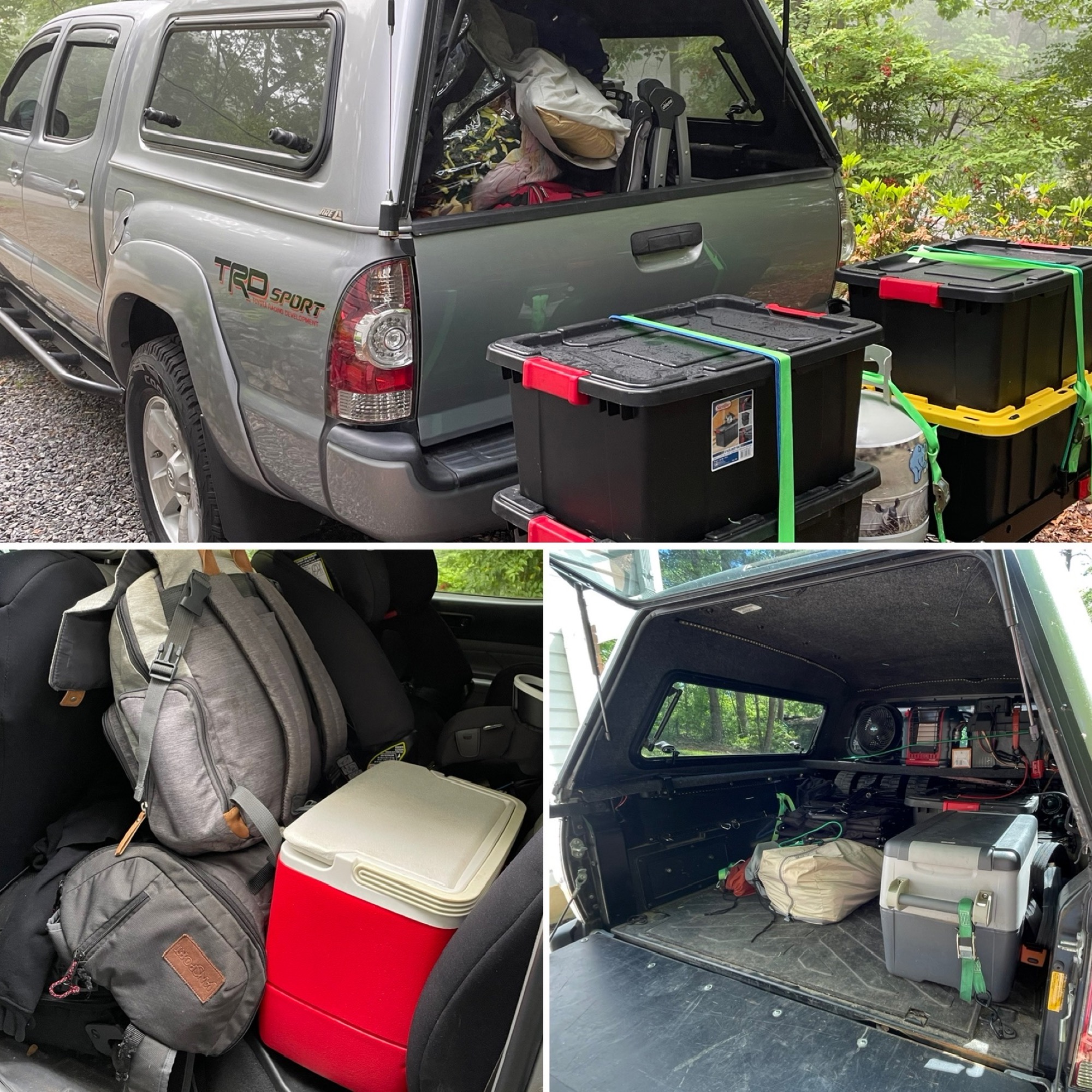 Our first family road trip! We were very excited as we prepared and packed the truck. The dog stayed home, so it's just the three of us. We left Sunday for the Shenandoah National Park as our first stop and spent 2 nights.

Here are a few photos of us while camping at Big Meadows campground. 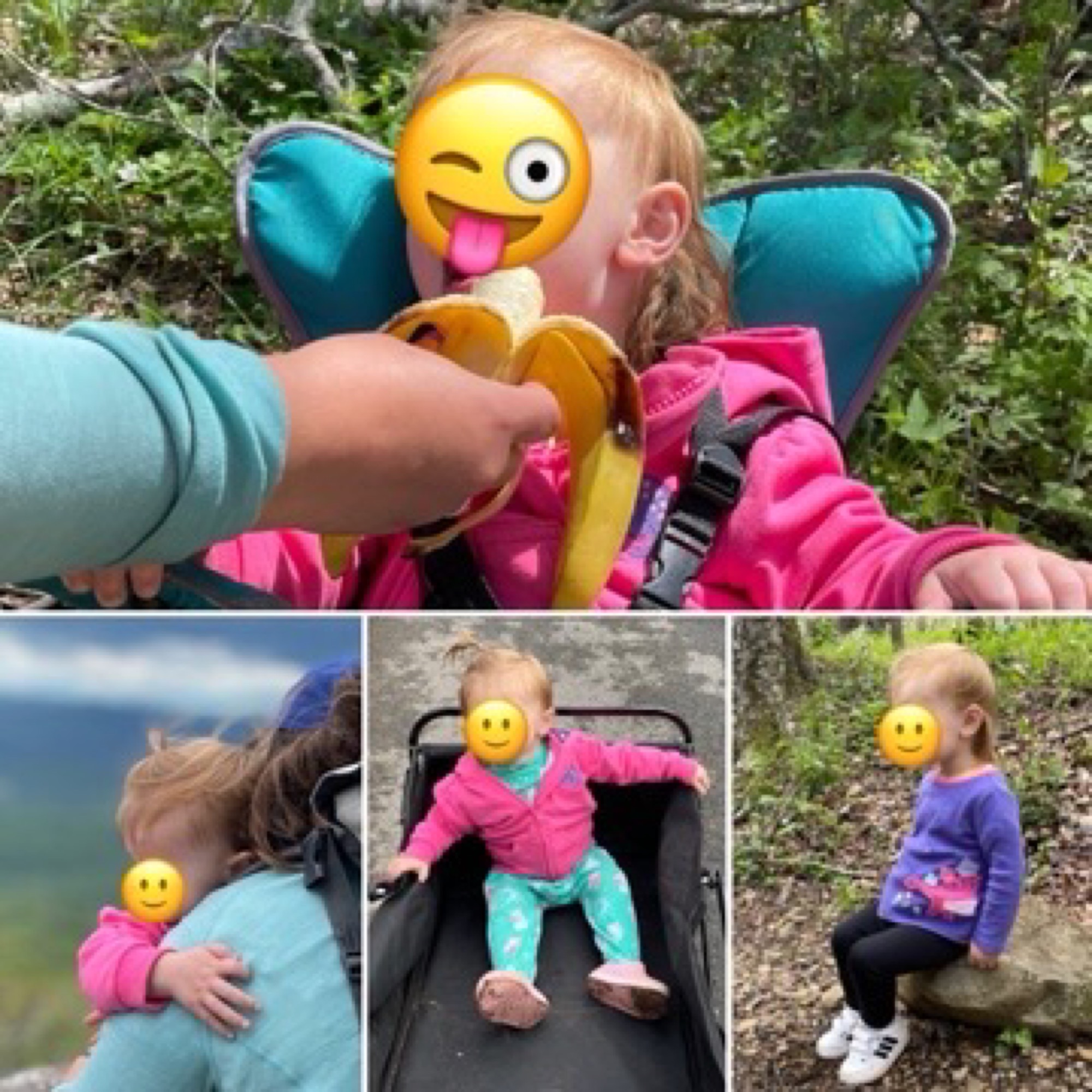 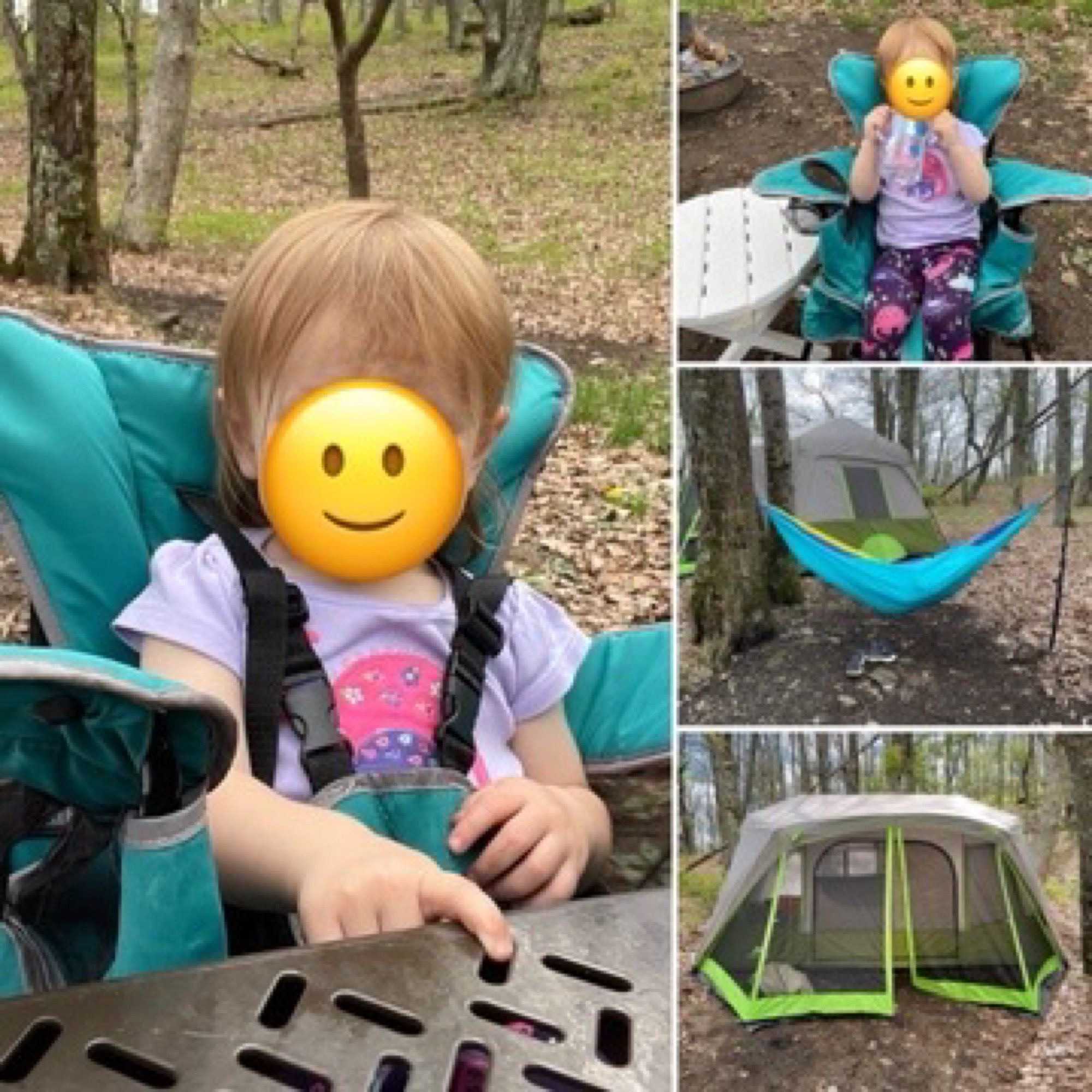 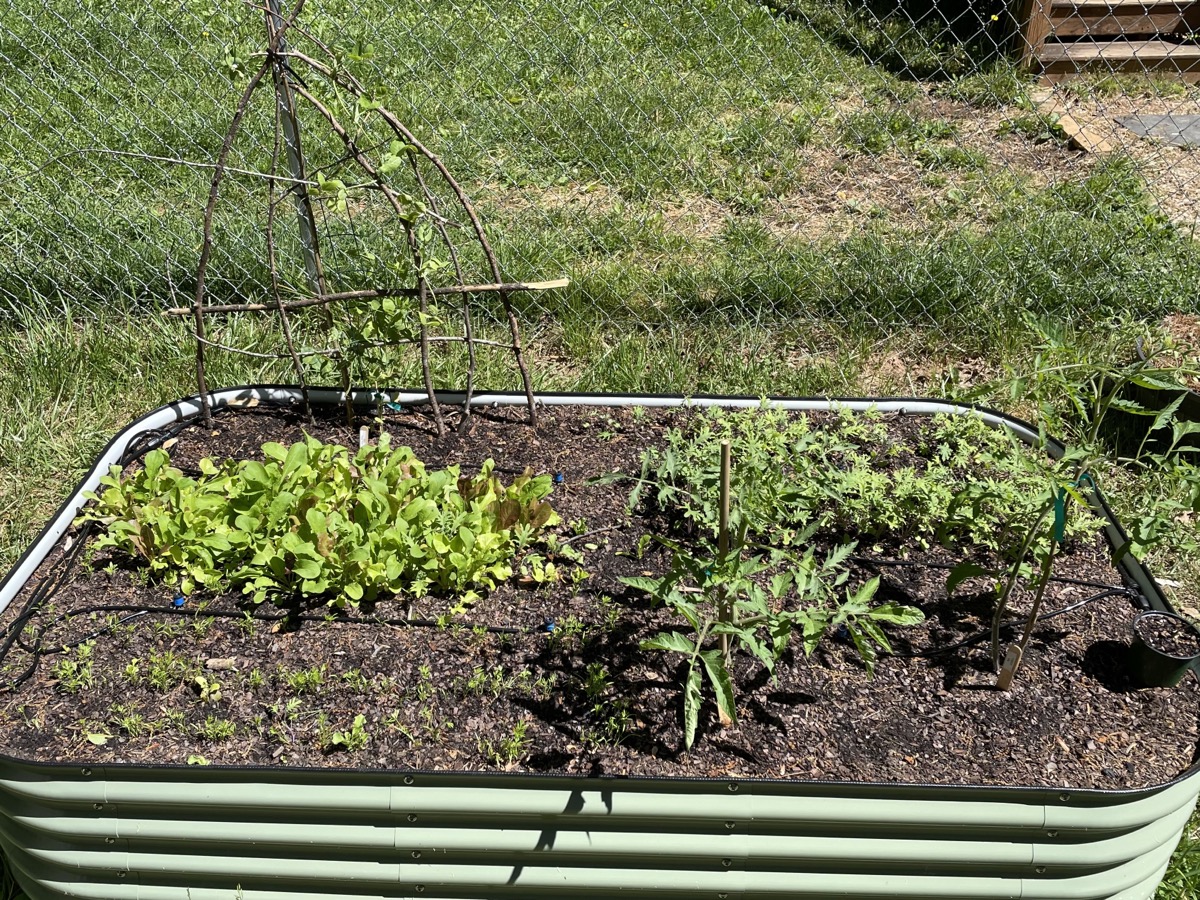 We planted a veggie garden! Something Kat and I have wanted to do for a while. I'm excited to see what grows well. Full sun is not something we have a lot of in our yard. I'm just glad the raised bed has kept the rabbits out!

I like Bitcoin. I’ve fallen for its value proposition of providing a digital peer to peer exchange of monetary value without a trusted third party. I want Bitcoin to become a mainstream global reserve currency.

Bitcoin isn’t perfect. My hope for a better future does not rest in Bitcoin. Bitcoin is only a tool. It’s like the internet, but for money.

Bitcoin has advantages over the current fiat system. Bitcoin could provide the entire world access to purchase goods and services over the internet without requiring a credit card. Bitcoin allows people in any place to opt out of storing wealth in systems designed to lose value overtime and incentivize debt.

Most people I encounter do not interact with Bitcoin because they do not understand it. Most people I discuss Bitcoin with think of it as a risky investment or something criminals use. Like many things in life, these topics are way more nuanced than mainstream headlines would lead you to believe. So many aspects of our fiat system and digital banking experiences have been normalized. We don’t ask the questions we should.

If you have ever wanted to know a little more about Bitcoin, I’d start by reading this strange and a bit goofy post WHY BITCOIN. It’s a good 10 minute read. Then ask me about Bitcoin, because I can talk all day about it. 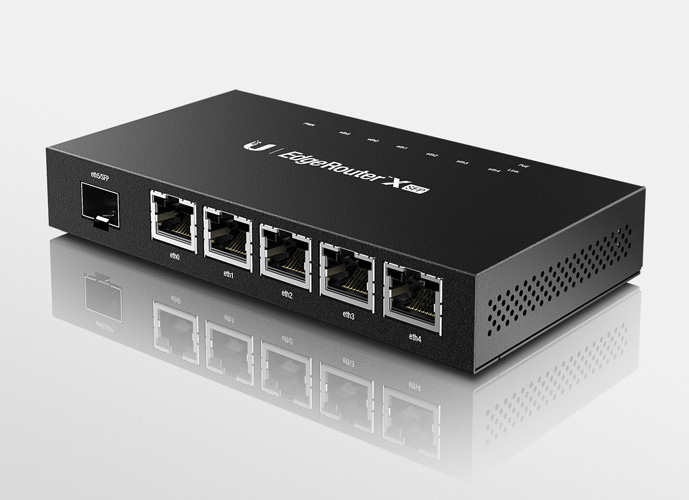 I have wanted to post about networking equipment in my home for a long time. When I was young kid and just begining my interest into computers I found computer networking fascinating. I remember the first computer network I setup. For my birthday I was given a Netgear networking kit that included two 100 Mbit network cards and a hub. The first time had my own computer LAN setup and played the game A-10 Cuba! was mind blowing!

To provide some context on my current home network, my wife and I recently became home owners for the first time this year. Our home is a split-level on a half acre lot. The house has 1,400 square feet of interior space. Right next to the house is a separate workshop/shed sitting 15 feet off the garage with another 300 square feet of unfinished interior space.

Buying a home for the first time opened up possibilities for home networking options I did not have in the past when living in an apartment. In an apartment I could not reasonably run wires in the attic or walls. So before we had closed on the house I knew I would be buying some Ubiquiti gear. Prior to moving in I picked out ideal locations for WiFi access points and a network “cabinet” location in the house. I attempted to strike a balance between cost, reliability, and longevity that would fit my needs.

After some research I landed on buying the following pieces of equipment.

Choosing the EdgeRouter over the USG was not an easy decision. YouTube reviews and comparisons were helpful in making the decision. Ultimately I went with the EdgeRouter X over the USG. Not having a Unifi router means my network equipment would not be entirely controlled by a single interface. The integrated system was desirable, but I also wanted the EdgeRouter for more customizable options.

I definitely do not have a pretty networking cabinet with perfect cable management. What I have is a central location for all the network gear at the top of a basement closet. It’s out of site and yet still accessible when I need to make any adjustments.

I’ve been very happy with this setup. The Unifi controller runs on a raspberry pi 4 sporting Ubuntu Server for ARM64. I use docker containers for Homebridge, the Unifi Controller, and a few other small things. I was using PI-hole for local DNS but ended up giving up on it since it was nothing but trouble.

My internet speeds are not very fast where I live. My only option for internet is AT&T DSL. I have a 50 MB down and 10 MB up connection. The EdgeRouter with Smart QoS has no trouble keeping up with this. I was initially disappointed with this Internet speed. However, over time it has proven fast enough for everything I need. I’ve even had more than 40 connected Wifi devices on my network and had no complaints from users or issues using IoT devices.

In the past my home network has been a single access points from a Linksys or Netgear router. DD-WRT made these devices way better but nothing like the Ubiquiti gear. A good example of this is my use of multiple SSID Wi-Fi networks associated to specific network VLANs. VLANs give me the ability to segregate the devices on my network for security reasons. It’s as if the devices are on separate physical networks. Really cool stuff.

Here are a few pictures of the equipment in action. All the APs are POE from the EdgeRouter. All the networking equipment (including the Pi) is connected to a UPS. Without power I can have the internet running for about 80 minutes. I’ve done only a tiny bit of cable management in the closet. It’s a mess. 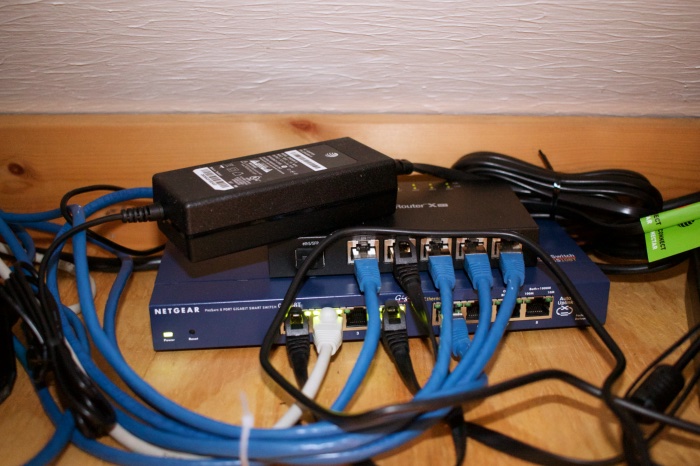 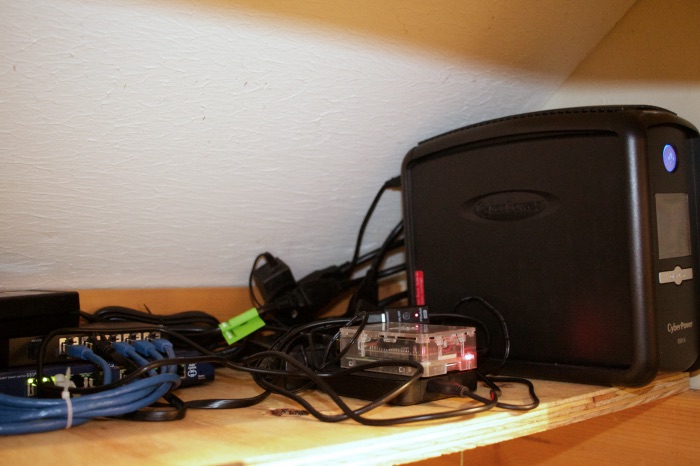 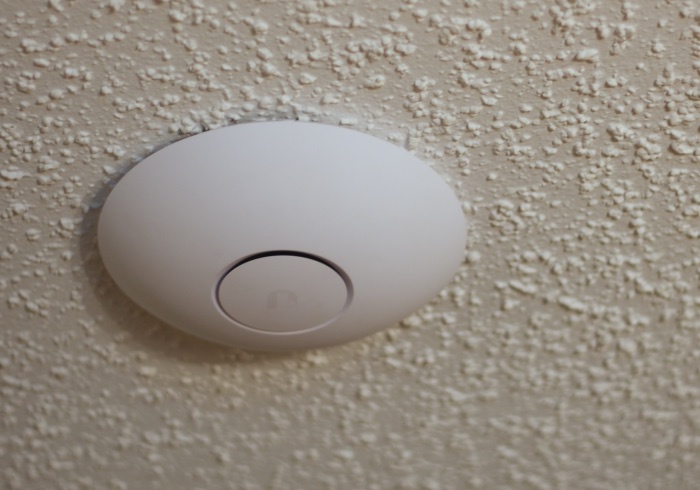 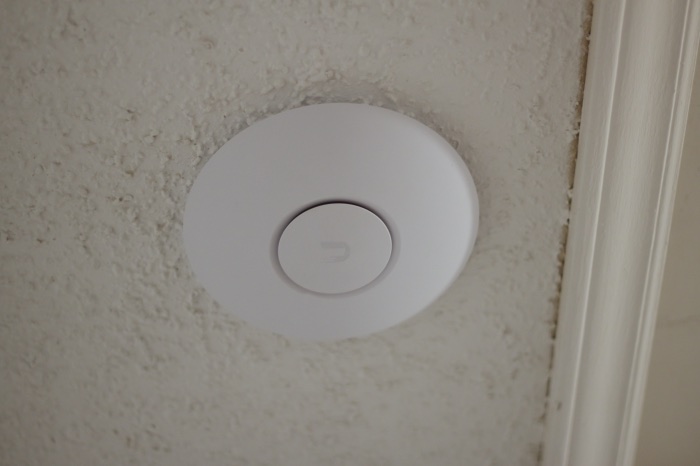 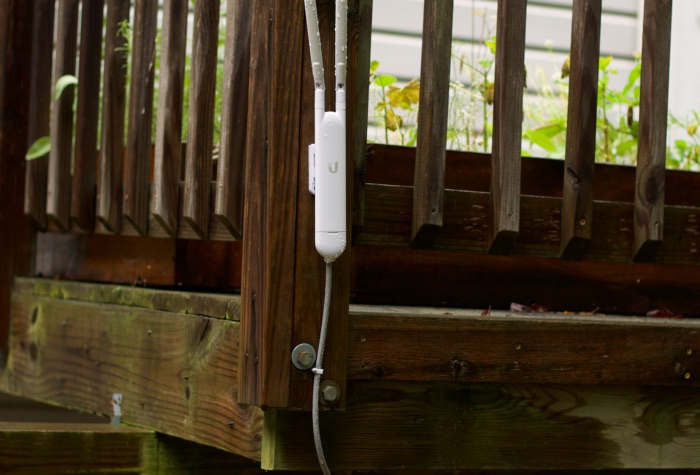